KONFRONTASI -  Twenty-four hours of high drama in Thai politics ended abruptly on Saturday when a party that nominated a princess to run for prime minister ended her brief candidacy. The move came after her brother, Thailand’s king, attacked the candidacy as unconstitutional.

The Thai Raksa Chart (Save the Nation) party swore loyalty to King Maha Vajiralongkorn in a statement issued after his late-night intervention. It also expressed gratitude to Princess Ubolratana Mahidol for her kindness toward the party.

Ubolratana’s vanishingly brief political career electrified Thailand. She would have represented a party allied to the exiled tycoon and former prime minister Thaksin Shinawatra, and the combination of his vast popular support and her royal pedigree made her an instant frontrunner.

She could potentially have bridged the fault line that has caused more than a decade of political turmoil in Thailand between the populist “red shirts”, who back Thaksin, and the conservative, royalist “yellow shirts” aligned with the military.

Traditionally, the monarchy, one of the most revered institutions in Thailand, has stayed above the political fray except in moments of crisis. So when Ubolratana’s extraordinary candidacy was announced, analysts assumed that she had her brother’s tacit approval. 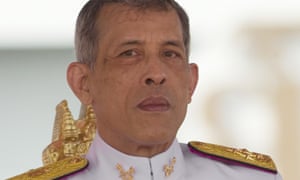 The two siblings are believed to be quite close, and when she married an American in the 1970s, the princess had been forced to renounce her royal titles – something she said now made her eligible to run for office.

But in a sharply worded late-night statement on Friday, the king denounced her candidacy, effectively putting an end to it. “Even though she relinquished her title according to royal laws ... she still retains her status and position as a member of the Chakri dynasty,” he said.

“Involvement of a high-ranking member of the royal family in politics, in whatever way, is an act that conflicts with the country’s traditions, customs, and culture, and therefore considered highly inappropriate.”

The next morning, the Thai Raksa Chart party confirmed that Ubolratana’s hours-long run for office was over.

The princess later posted a statement on Instagram thanking people for their support, without directly mentioning her brother.

Thaksin or his allies have won every national election since 2001, buoyed by support for policies including universal healthcare, despite repeated efforts to stamp out his influence. He was ousted in a 2006 coup, and when the military stepped in again five years ago, it was to remove a government led by his sister.

The election on 24 March will be Thailand’s first since the 2014 military coup. the frontrunner is Prayut Chan-o-cha, the leader of the coup and head of the ruling military junta, who says he is standing to maintain peace and order. After repeatedly delaying elections and tightening controls on opposition parties, he had been widely expected to return as prime minister.

Ubolratana’s unconventional foray into politics came after decades of defying expectations. The eldest child of King Bhumibol Adulyadej, who died in 2016 after a 70-year reign, she gave up her royal title when she married Peter Ladd Jensen, a US citizen and fellow student at the Massachusetts Institute of Technology.

After having three children, they divorced and she moved back to Thailand where she began a second life as an unusually accessible royal, posting regularly on Instagram. In addition to acting and singing, she carries out charity work, including leading an anti-drugs campaign.

Since you're here…
… we have a small favour to ask. The Guardian’s model for open, independent journalism is working and it’s inspiring – thank you. Readers’ support powers our work, giving our reporting impact and safeguarding our essential editorial independence. This means the responsibility for protecting independent journalism is shared, empowering us all to bring about real change around the world. Your support gives Guardian journalists the time, space and freedom to report with tenacity and rigor, to shed light where others won’t. It emboldens us to challenge authority and question the status quo. We have chosen an approach that allows us to keep our journalism accessible to all, regardless of where they live or what they can afford. This means we can foster inclusivity, diversity, make space for debate, inspire conversation – so more people, across the world, have access to accurate information with integrity at its heart.

The Guardian is editorially independent, meaning we set our own agenda. Our journalism is free from commercial bias and not influenced by billionaire owners, politicians or shareholders. No one edits our editor. No one steers our opinion. This is important as it enables us to give a voice to those less heard, challenge the powerful and hold them to account. It’s what makes us different to so many others in the media, at a time when factual, honest reporting is critical.(Jft/TheGuardian)