KONFRONTASI -    All 10 living former Defense Secretaries have delivered an extraordinary warning to President Trump in an op-ed denouncing the possibility of the military becoming involved in the current election dispute.

The piece was published in The Washington Post on Monday, following calls from some Trump supporters to invoke martial law in a bid to block Joe Biden from becoming the next Commander-in-chief.

The 10 Defense Secretaries, who are both Republican and Democrat, did not mention Trump's name in the editorial, but clearly intended for the President to heed their message.

'Our elections have occurred. Recounts and audits have been conducted. Appropriate challenges have been addressed by the courts. Governors have certified the results. And the Electoral College has voted. The time for questioning the results has passed,' the group wrote.

'Efforts to involve the U.S. armed forces in resolving election disputes would take us into dangerous, unlawful and unconstitutional territory,' they warned.

Both Mattis and Esper worked under Trump, but clashed with the Commander-in-chief. Mattis resigned in January 2019, while Esper was terminated in November 2020. 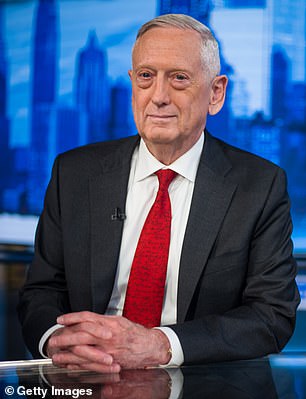 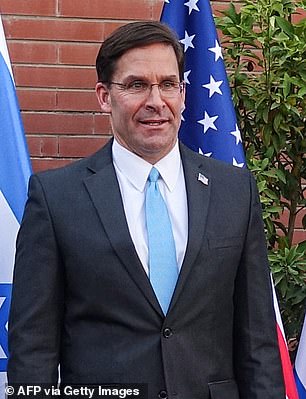 All 10 living former Defense Secretaries have delivered an extraordinary warning to President Trump in an op-ed in which they denounced the possibility of military involvement in the current election dispute. They include James Mattis (left) and Mark Esper (right), both of whom worked under Trump

Elsewhere in the op-ed, the 10 men issued a warning to Trump's acting Defense Secretary, saying that any mobilization of the military would be put members of the armed forces in a legally precarious position,

'Acting defense secretary Christopher C. Miller and his subordinates — political appointees, officers and civil servants — are each bound by oath, law and precedent to facilitate the entry into office of the incoming administration, and to do so wholeheartedly,' the former Defense Secretaries wrote. (Jft/MAILONLINE)