JAKARTA-- Back in the early 1970s, when I was a university student in the city of Bandung, my classmates and I had come to the realization that we needed to take action if our country was to have any chance of freeing itself from the grip of authoritarian rule.

Hence my life began as a political activist.  President Suharto, who had risen to power in the 1967, showed his true and ugly colors after the so-called Malari incident, which were a series of student demonstrations and riots in 1974 following a visit by the Japanese prime minister.   It was the beginning of the end of any freedoms Indonesians had enjoyed before--the press was muzzled, labor unions became instruments of the state,  opposition parties were weakened, and critics of Suharto's New Order were being thrown into jail.  Including me.
.
Unlike others, I was lucky.  In 1979 I was released from prison after having served one year in detention.   A famous human rights lawyer, Adnan Buyung Nasution, had come to my rescue.  But my dream of a democratic future would have to wait for almost two decades before it was fulfilled.

Enter 1998.  Suharto had been in power for over thirty years, so long that it was hard to imagine his reign ever coming to an end.  I had already returned to Indonesia after pursuing my doctoral studies in the United States, and I was busy running my economics think tank when the crisis came.  The Thai baht collapsed, followed shortly by a dramatic depreciation of the Indonesian rupiah.  Pent-up frustrations and anger over Suharto, his family and corrupt cronies quickly surfaced, and with the economy in tatters, university students poured into streets across the country demanding the president's resignation.  Then suddenly, one day in May, he finally capitulated and was gone. 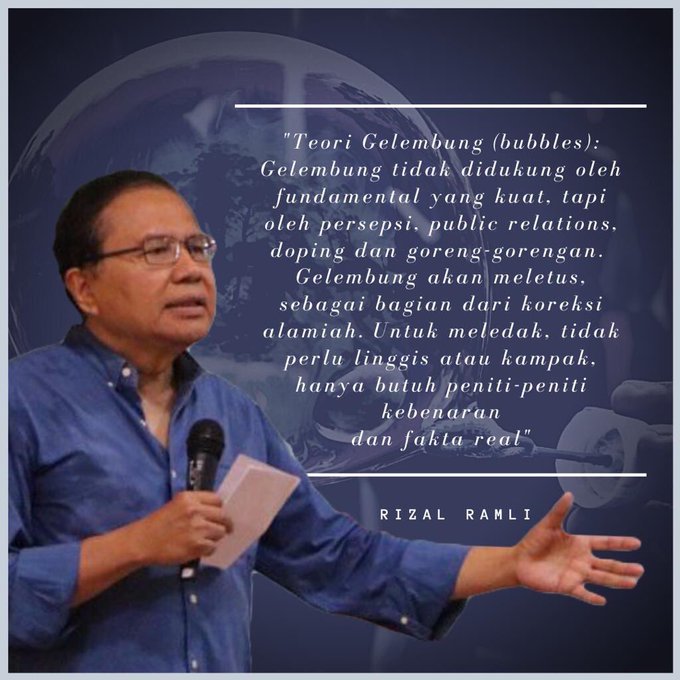 There was no doubt.  The students were our heroes.  They were the ones who were risking their lives to bring change. Indonesia would have never been free of authoritarianism without their struggle.

As the years passed we were sure of our democracy.  When I first entered the cabinet of President Abdurrahman Wahid in 1999, I noticed many of my colleagues had also been imprisoned during the days of Suharto.  We had similar bad experiences, and now we shared a common cause to usher Indonesia into a democratic era.

We had forgotten something, however.  Although Suharto was history, his authoritarian ghosts were still amongst us.  Many of the politicians who served once under Suharto stayed inside the government.  We had the trappings of democracy--open elections, freedom of speech and a vibrant media--but lurking beneath the surface were authoritarian men.  It was just a matter of time before they would make a comeback.

I saw  authoritarian ghosts return much later, starting in the early years of the incumbent Joko Widodo administration while I was serving as the Coordinating Minister for Maritime Affairs.  The president, well-intended and looking to make his mark as a reformist, was respected by most Indonesians. But Mr. Widodo, lacking his own political party and beholden to the whims and vested interests of the ruling coalition, eventually found himself hemmed in.

Starting in 2017, we found many of our democratic instututions and norms were systematically being undermined.  I left the cabinet, only to watch the knives getting longer and longer.  The national legislature was preparing a draconian revision of the criminal code that make criticism of the president a felony.  Legislators were also plotting a coup against the Corruption Eradication Commission, or KPK, ending its independence and tying its hands so it would make it near impossible to investigate corrupt politicians.  In a word, politicians were looking to tell their constituents: shut up and behave while we steal, otherwise you will go to jail.

Outrageous behavior, indeed, and so I was not surprised when students finally made their reappearance a few weeks ago.  Tens of thousands of university students across the archipelago poured into the streets to protest the passing of the new law on the KPK, demanding Mr. Widodo issue a presidential decree to undo the damage.  Storming water cannons, tear gas, rubber bullets and a sometimes violent police force, students also demanded the president to find a way to reverse course on the criminal code legislation.

So far, the president has asked the legislature to hold off on passing the criminal code until a new House of Representatives takes their seats later this month.  He has also said he would consider issuing a presidential decree to counter the KPK law.

If I could offer Mr. Widodo any advice, it would be to take sides with the students. He should be listening to them, not the self-interested politicians who hope to benefit from rolling back Indonesia's democracy.

Rizal Ramli is an Indonesian politician and economist. He studied physics at Bandung ITB. He continued his study at Boston University and in 1990 earned a Ph.D. in economics. Ramli served as the Coordinating Minister for Maritime Affairs under President Joko Widodo administration as well as Coordinating Minister for Economic Affairs and Minister of Finance under the President Abdurrahman Wahid administration.